This page will be periodically updated with more information about North Carolina Winter Olympians and their events. Below is the current list of North Carolinians competing in the 2018 Winter Olympics in PyeongChang, South Korea. 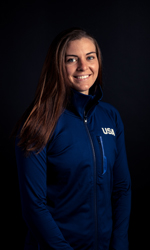 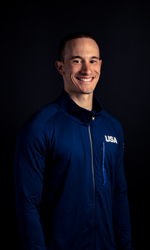 Long track speed skater Kimani Griffin started skating when he was only seven years old. Born on July 2, 1990, Kimani calls Winston-Salem, North Carolina his home. His journey began in 2010-2011, earning the silver medal at the Champions Challenge for the 1000m distance. At the 2011-2012 American Cup, Kimani received the silver medal for 1000m and bronze for the 500m events. Next year, he went on to dominate the 500m and 1000m distances, taking home the gold in both. At the 2013-2014 American Cup, he remained champion in the 500m and 1000m categories, but took home the silver medal in the 1000m as well. In the 2014-2015 season he competed on the Long Track World Cup Team, was a part of the Long Track National Training Program, and won two gold medals in the American Cup Final. The 2015-2016 American Cup had Kimani fight to the finish, receiving the gold medal in the 500m distance and the silver medal in the 1000m. The past three years he has participated in the Long Track World Cup Team and National Training Program. 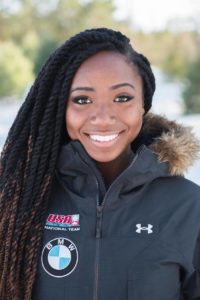 Briauna Jones, a native of Charlotte, attended UNC-Charlotte and competed in track & field. Briauna first became interested in bobsledding from the suggestion of her track coach. Her coach, Bob Oleson, was actually a member of the 1998 Olympic bobsledding team and helped her train when she first started out. After training and making it through a dry-land tryout, she made it to another camp to compete against current National Team members and then joined the National Training Team. She went on to win gold at the World Cup and North American Cup in 2016-2017 and was named Rookie of the year for that season. After the U.S. was edged out by Canada for another sled for the 2018 Olympics, Briauna was named as an alternate for this year’s women’s bobsled team. Should anyone on the women’s team become injured or sick, Briauna will step in and compete. 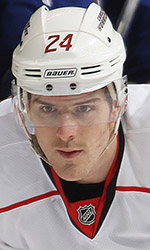 In addition to placing fourth in the 2008 IIHF World Junior Championship, Bobby Sanguinetti boasts being a part of the 2018 U.S. Olympic Team as one of his career accomplishments. While he was born on February 29, 1988 in Trenton, New Jersey, Bobby currently calls Wilmington, North Carolina his hometown. On the ice, he assumes the role of defender and shoots right. He started his NHL career in 2006 after being picked 21st overall by the New York Rangers. In 2010, he went on to play for the Carolina Hurricanes until moving leagues in 2013 to the Russian Kontinental Hockey League team called Atlant Moscow Oblast. In 2014, Bobby returned to the NHL with the Vancouver Canucks, then moved to the Buffalo Sabres organization for the 2015-2016 season. In 2016, he joined the National League A team EHC Kloten. Currently, Bobby currently plays for the Swiss team HC Lugano.

Update: USA Men’s Hockey Team was eliminated after a loss to Czech Republic in the quarterfinals. The Czech Republic narrowly won after a penalty shootout. 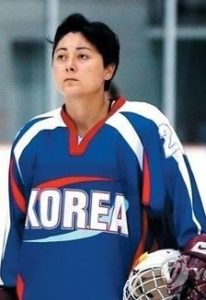 Randi Griffin, a native of Apex, will be competing on the united South and North Korea ice hockey team at the 2018 Winter Olympics, the first team of its kind between the two countries. Randi, born to a South Korean mother and an American father, first got into ice hockey when she saw women’s ice hockey join the Olympics in the 1998 Winter Games. Randi participated in multiple USA Hockey development camps growing up and was recruited by Harvard where she earned a degree in Human Evolutionary Biology. In 2013, she enrolled in Duke to purse a Ph.D. in Evolutionary Anthropology. When she was first contacted by South Korean hockey officials about joining the national team in 2014, she thought it was a scam. After several calls, the officials verified they were in fact trying to recruit her. Randi officially joined the team and is one four North Americans on the unified team.

Update: Griffin scored the first ever goal for the unified Korea Women’s Ice Hockey Team in a game against rival Japan. Griffin’s goal was only one of two goals made by the Korean team in the Olympics.

Anthony Barthell, a native of High Point, first began speedskating in his 20s after watching the 2002 Olympics. Anthony had roller-skated competitively for two years as a kid, but later decided to play baseball instead. At first thought he would be able to pick up speedskating fairly easily after having skated before, but he had only ever roller-skated on quad skates, so there was a big learning curve. While living in Florida, he joined the Sunshine State Speedskating Club and then moved to Utah and competed on the New Edge Speedskating Team. During this time, Anthony was in his late 20s and still working a full time job while training. His goal to make the Olympic Trials became a reality when he placed 20th. In 2010, he became a coach at the Utah Olympic Oval and then became the Head Coach of the U.S. Junior World Short Track Team from 2012 to 2014. In 2014, he attended the Sochi Olympics as an Assistant Coach for the U.S. Short Track Speedskating team. He then moved to Australia for two years as the Head Coach for their national Short Track team. In 2016, he was hired as the Head Coach for the U.S. Men’s Short Track team. 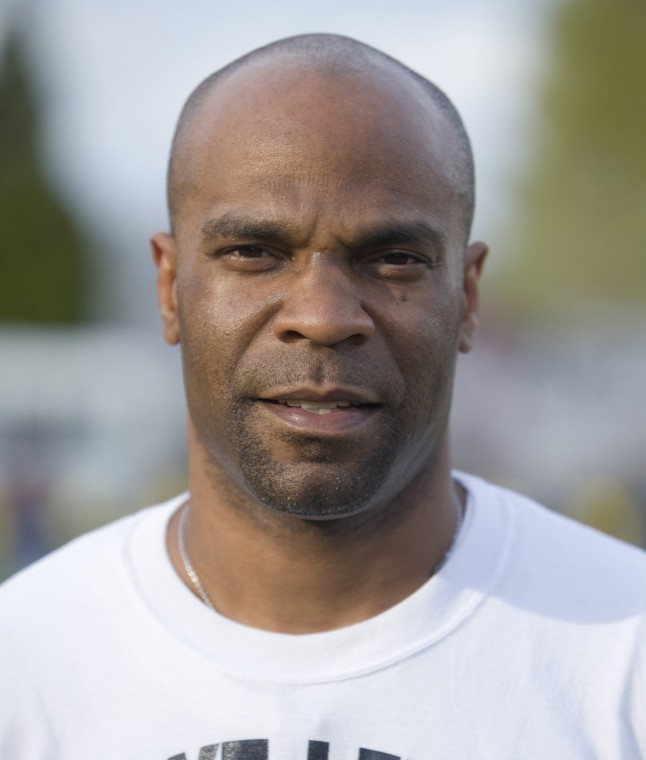 Derrick Speas, a Winston-Salem native, will serve as an assistant coach for the Chinese Men’s Short Track Speedskating team in the 2018 Olympics. Derrick served in a similar position for the USA Men’s Short Track Speedskating team at the 2014 Olympic Games in Sochi. Before joining the Chinese team, Derrick was a track coach at Winston-Salem Prep and Reynolds High School in Winston-Salem. At these schools, he coached a number of students who went on to collegiate and professional sports, including Anthony Levine, a defensive back for the Baltimore Ravens. Derrick also runs a personal training company and offers various clinics and events. After the Olympics, Derrick will return to his personal training business and to Reynolds High School as a track coach.