What is the Triangle?

The Triangle consists of Wake, Durham, and Orange Counties  The largest cities are Raleigh, Durham, Cary, and Chapel Hill. The region is also home to Research Triangle Park (commonly referred to as RTP), the largest research park in the country.

Tell me about the local sports scene.

The Carolina Hurricanes of the NHL are the regions most long-standing, top tier professional team.  The Hurricanes won the Stanley Cup in 2006, hosted the NHL Draft in 2004, and hosted the NHL All-Star Game in 2011.  The regions newest tier 1 pro team is the North Carolina Courage of the WPSL.  The Courage won the National Championship in 2016. For Minor League Baseball, the Triangle features the famous Durham Bulls ( Tampa Bay AAA affiliate), the Carolina Mudcats (Milwaukee A affiliate), and the Holly Springs Salamanders, a Collegiate Summer League team.  In soccer, the North Carolina Football Club of the NASL leads the way.The Triangle also boasts some of the best collegiate teams in the country led by Duke University, North Carolina Central University, NC State University, and the University of North Carolina at Chapel Hill. 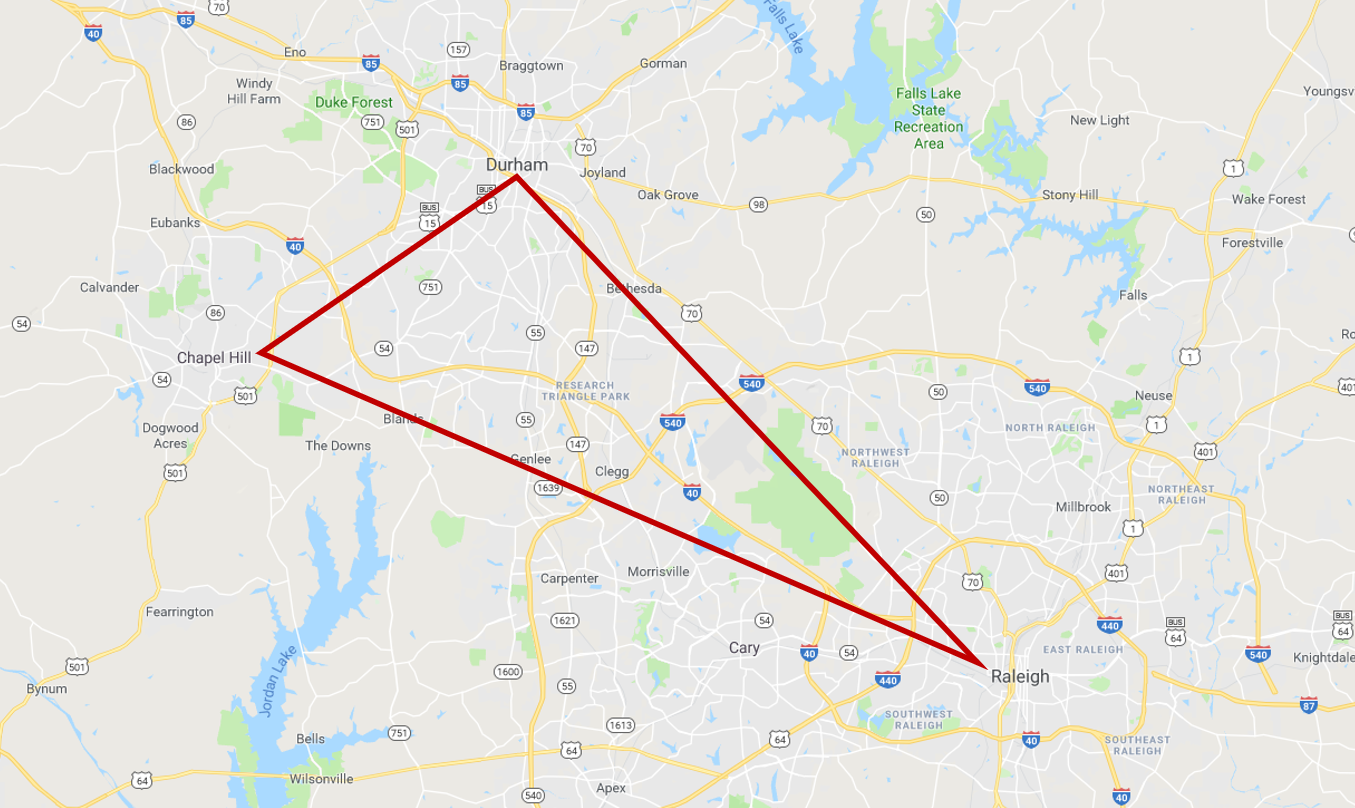