On Friday, September 22, the TSC hosted the Triangle Men’s Basketball Tip-Off Luncheon that featured head basketball coaches from colleges in the Triangle. The coaches included Jeff Capel (Duke), Kevin Keatts (NCSU), LeVelle Moton (NCCU), and Roy Williams (UNC). The panel was moderated by Jeff Gravley of WRAL and was set up as a “living room-style chat.”  The event was held at the Embassy Suites Hotel in Cary at 11:30 am. Click here to view the Tip-Off flyer.

To view photos from the Festival, click here: https://flic.kr/ps/21iLmF

To view videos from the Festival, click here: https://www.youtube.com/user/USOlympicFestival87/videos

To view results from the Festival, click here: 1987 USOF Results

Articles about the Tip-Off

Duke’s Jeff Capel fills in well for Krzyzewski, but down the road? Who knows?

Hill Carrow: The Triangle Men’s Basketball Tip-Off Luncheon is back after 8 years

Tales from the trips: Recruiting horror stories from Keatts, Roy, Capel and Moton

When Duke starts basketball practice Sept. 29, Coach K will be there

Articles about the Festival

Why Olympic Sports Festival was a missed opportunity for the Triangle 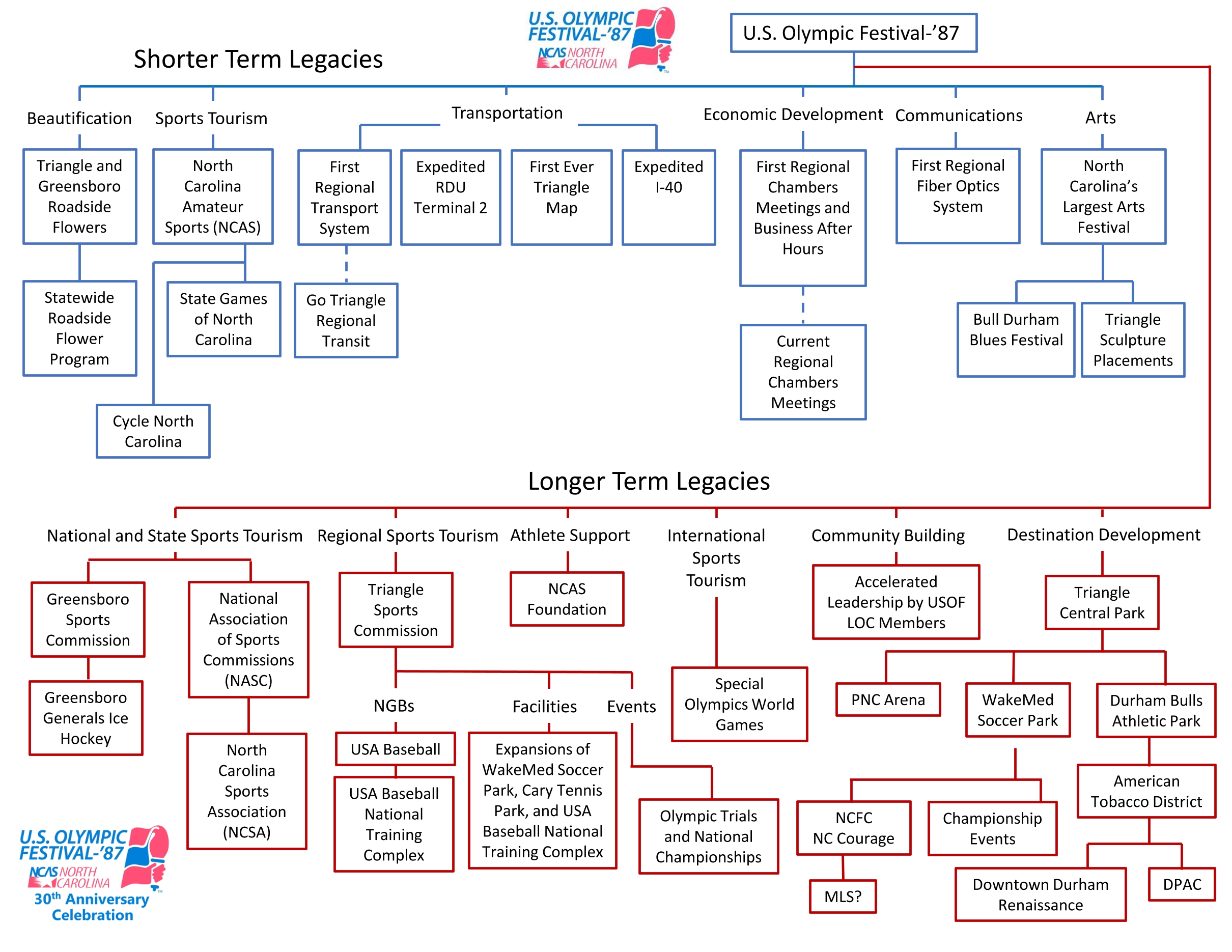 The U.S. Olympic Festival, which took place across the Triangle and even into the Triad for fourteen days (July 13-26) during the summer of 1987, still holds the record as the largest sports event ever to take place in North Carolina.

Over 464,000 spectators cheered on 4,000 athletes, coaches, and administrators in 34 sports at 25 venues stretching from Sir Walter Gun Club east of Raleigh to the Greensboro Coliseum in the west, and from Lake Wheeler south of Raleigh to Kerr Lake north of Durham. The Festival involved all the sports of the Summer Olympic Games, sports of the Pan American Games, and even three Winter Olympic Sports: Figure Skating, Ice Hockey, and Speedskating.

The Festival kicked off with a spectacular sold-out Opening Ceremonies at NC State’s Carter-Finley Stadium and concluded with Closing Ceremonies at Duke’s Wallace Wade Stadium. The event received a record 123 hours of national broadcast coverage on ESPN and garnered national and international media attention.

The Festival had many beneficial legacies for the Triangle Region and North Carolina, including significant anniversary events every five years. This year, 2017, marks the 30th Anniversary of this momentous and seminal event for our state.

Photos from the Festival are below.